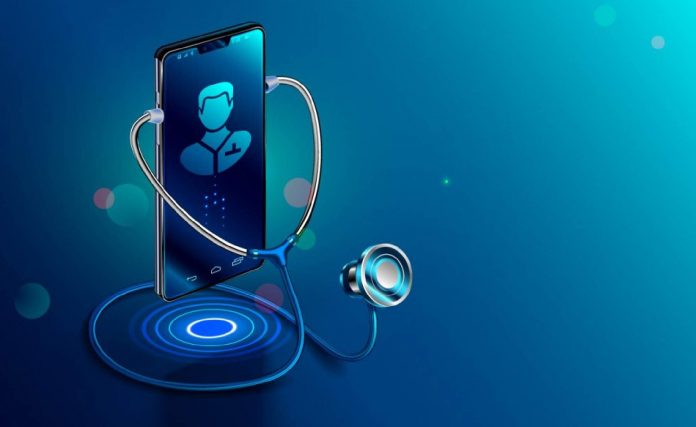 Global therapeutic companies are on the rise. In the field of Central Nervous Diseases (CNS), including Parkinson’s disease in the elderly, Alzheimer’s disease, depression and anxiety in adults, autism in children, hyperactivity, etc., a number of representative medical technology companies have emerged to use cognitive behavioral therapy. , Applied behavior analysis, positive psychology as the basic theories, combined with “digital” ability and “gamification” ability to cover a wider group of people.

Will “gamification” capabilities become a standard feature of such digital therapy companies? We may be able to get some enlightenment from the three cases in this article.

Beats Medical was founded in 2012. The founder Ciara Clancy was originally a physical therapist in the Parkinson’s Disease Rehabilitation Department. Once, a Parkinson’s patient came to participate in the rehabilitation treatment, but he was 20 minutes late. In fact, the patient was “frozen at the door of his house.” The main symptoms of Parkinson’s, in addition to tremor, are stiffness and slow movement.

Ciara’s idea was born from this: Why do Parkinson’s patients have to come to the hospital for “metronome therapy”, can’t they use their mobile phones to train at home?

Metronome therapy is an evidence-based training and evaluation tool that uses computer programming software or mechanical metronome (such as musical instruments) to produce rhythm sounds or counts. Clinical research and practice have proven that it can improve cognition, attention, memory, speech, executive function, comprehension, and motor and sensory skills.

The principle is that when the “internal signal” in the brain of Parkinson’s patients is damaged, it can be transmitted back to the brain through external sound stimulation, and complete the action response.

Metronome therapy, as a commonly used prescription therapy for clinical treatment of Parkinson’s disease “freezing phenomenon, reducing the number of steps, and slowing pace”, was transformed by Beats Medical in a digital way. Including, follow the rhythm to do body movements/steps (Step Step Step), speak/pronounce according to the rhythm, follow the instructions to click and so on. Of course, there are gestures combined with smart hardware.

The core lies in the digital solution of treatment methods without changing any inherent logic and treatment methods of evidence-based medicine. Such a seemingly simple change can make the original offline “service heavy” lighter, and in the form of a mobile metronome app, it can inclusively cover more than 10 times the population.

Tomer Ben-Kiki and Ofer Leidner, the founders of Happify, were once the founders of Oberon, a well-known gaming company. You may not have heard of this game company, but the Spider Solitaire developed by them, as a classic windows game, has been played by almost everyone.

After the two founders quit the game company to cash out, they have been thinking about how to use games to make people healthier, and they happened to have an opportunity to “use games to treat depression”. And throughout its products is “gamification”. The product improves people’s happiness and reduces anxiety and depression from the following six aspects.

Example 1: To thank an important person is to let the user record today’s mood in the form of a diary, the people and things that they want to thank, and the reason for expressing gratitude.

Example 3: Happy Drifting Bottle is to set a way for a friend/family to convey happiness and arrange a plan, such as playing with her daughter one day this week, write down this plan and execute it.

Each task will clearly show its principle of action, “clearly” to make yourself more and more happy, away from anxiety and depression. The theoretical basis of the company is positive psychology, cognitive behavioral therapy and mindfulness. Decades of accumulated scientific knowledge and clinical practice experience. The company also published related papers proving that computer and mobile phone-based intervention methods can alleviate anxiety and depression.

Through the PHQ-9 (depression) and GAD-7 (anxiety) scale scores, it can be found that the intervention effect reaches an inflection point within 4 weeks. The goal is to turn these changes into personal habits, that is, to achieve long-term results, rather than useless if you do it, and useless if you don’t do it.

Attention Deficit/Hyperactivity Disorder (ADHD) is a common chronic neurodevelopmental disorder. It starts in childhood and has effects that can last to adulthood. Its main characteristics are attention deficits and ( Or) Hyperactivity and impulsivity.

The design of Akili’s game itself is very simple, with only three actions:
-Steer controls the rowing direction
-Tap to fight monsters
-Steer and Tap rowing and beating monsters

But, in fact, the process that occurs every second, the choices made and the stimuli received by the patient, stimulate the prefrontal cortex of the brain in a very special way.

In the early development and iteration of the game, the company will scan and monitor the brain areas of the participants at the same time to observe which game operations are activated and which areas in the brain are activated. Published in Nature’s GAME CHANGER in 2003, the company published 4-5 peer reviewed academic papers, demonstrating the effect of the game therapy on the frontal lobe of the brain within one month.

This is the so-called “active ingredient” of digital medicine. Mu Zhe believes that the first two points correspond to the “Tap” monsters and the “Steer” rowing in the game operation. The third point is to complete different levels and collect targets.

Write at the end

Looking back to China, whether it is a large company such as Tencent and NetEase, or a startup company such as Bosten (a digital therapy company for dementia), there are many opportunities. Gamification is a form of expression, but evidence-based medicine is a necessary condition for it to become a “therapy”.

However, what Mu Zhe wants to discuss is whether “gamification” should be a capability that needs to be built? should!

In terms of the social benefits of a drug, three aspects must be considered. One is the efficacy of a single individual, the other is how many groups it covers, and the third is whether the marginal cost can approach zero.

The reason why digital therapy has gained popularity is precisely because it can give full play to the advantages of the Internet under the premise of ensuring the efficacy of the first point, and achieve the second point (universal coverage) and the third point (almost zero cost), thereby realizing everyone “Common health” is no longer a “health that only rich people can buy.”

“Gamification” is the attribute that is most in line with the spirit of the Internet and can be completed and spread spontaneously by users. It is also a good way to solve the problem of “compliance” that plagues pharmaceutical companies, that is, how to make patients fall in love with “medication.”

From the perspective of drug innovation and R&D, the effect, time, and data must be considered. Game software or any form of task-based software, compared with traditional drug development and trials, shows great advantages:

-While playing, users are contributing data, data used in clinical trials; how much and how much clinical data is needed, and how long and how long is the time span;
-The user is “treated” while being “evaluated”. The time slice of the diagnosis can be accurate to “seconds” while taking medicine;
-The game company (pharmaceutical factory) adjusts the difficulty (adjusts the prescription) while receiving the data. It used to take several weeks and months, and now it can complete the adjustment of the “prescription” in an instant

It is inevitable for Internet giants to enter the field of “digital therapy”, but it is a matter of time. The only thing to consider is whether to choose a vertical field for self-research or an integrated service platform?

As the payer, insurance companies used to be bullied by hospitals and pharmaceutical factories when making claims, and may be bullied by Internet giants in the future. When will Baoji, who is struggling to survive in the cracks, wake up and take the initiative to attack?

Gamification of digital therapy, “pharmaceutical company profits” plus “game company valuation”, does it point to a “clear way” for the new generation of game companies? 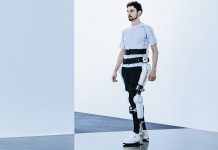 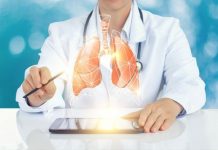 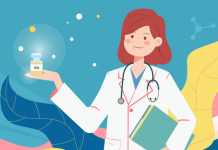 Focusing on the digital services of primary medical care, GLZHealth has successively completed A+ and A++ rounds of financing