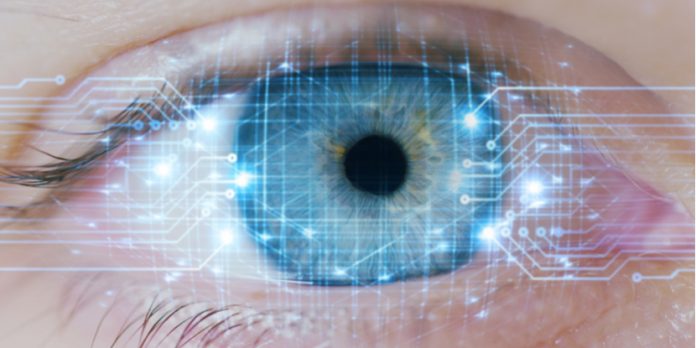 Visual health contributes to the smooth development of our daily activities such as reading and writing, and it also has an important impact on personal work and communication with others. However, the number of people suffering from vision-related diseases worldwide has been increasing over the years.

According to incomplete statistics, the incidence of amblyopia in my country is about 3%. There are currently 12 million children with amblyopia, 30 million adults with amblyopia, and 68.9 million people with low vision, of which 17 million are blind. Degenerative symptoms such as visual field defects, myopia, and presbyopia caused by eye diseases such as brain trauma, cerebral hemorrhage, cerebral infarction, brain tumors, glaucoma, cataracts, retinopathy, and macular degeneration are also very common.

Poor living habits, serious environmental pollution, and unhealthy diet are all important factors that endanger visual health. In addition, more and more complications of chronic diseases can cause visual impairment, leading to partial or complete vision loss. Therefore, the global demand for vision care and rehabilitation products is huge, and many international organizations are focusing on related scientific research and experimental development (R&D) projects to launch more effective products.

Some leading suppliers in the industry are also using advanced technologies to develop visual health products, such as gene therapy, stem cell therapy, and algorithmic evaluation of visual function and behavioral therapy. Jiangsu Juehua Technology Co., Ltd. (hereinafter referred to as “Juehua”) is One of them.

01. The beginning of the story is a long-distance reunion

Founded in 2016, Juehua is located in Taizhou China Medical City in beautiful Jiangsu. It has been adhering to the entrepreneurial philosophy of “Innovative Vision, Healthy China”, and is committed to the development, production, sales and service of visual function detection, visual damage repair and other technologies and related medical equipment. .

But the birth of the company was due to the long-distance reunion of two old classmates in 2011.

Juehua’s co-founders Diao Qingsong and Professor Huang Changbing were close classmates in college. When Diao Qingsong introduced himself as a “scumbag” in the class, Professor Huang Changbing was a high school student in the class. Upon graduation, he was sent to the University of Science and Technology of China for postgraduate studies. After receiving a PhD in biophysics and neurobiology from the University of Science and Technology, he went to The University of Southern California is engaged in post-doctoral research in amblyopia and visual brain science, under the tutelage of the internationally renowned visual scientist Professor Lu Zhonglin (US).

In 2011, Professor Huang Changbing returned to Beijing after his studies and was hired as a researcher and doctoral supervisor of the Institute of Psychology of the Chinese Academy of Sciences, and was selected into the Talent Program of the Academy of Sciences. At that time, Diao Qingsong was also working in Beijing, and his friends who had been away for many years finally reunited and enjoyed the wine.

When talking about the amblyopia treatment field researched by Professor Huang Changbing, Professor Huang expressed his hope that his years of research results can be put into practice and truly help amblyopia patients in need. Diao Qingsong admired and supported Professor Huang’s ideas. The two hit it off and planted the fire for a joint venture.

And what really ignited the fire of entrepreneurship was another free talk.

On July 5, 2015, Vision China was held in Chengdu, Sichuan, attracting thousands of experts, scholars and practitioners in the field of vision health from all over the world. Professor Lu Zhonglin, Professor Huang Changbing and Diao Qingsong also attended the meeting. The three and several other participating scientists once again talked about the global amblyopia diagnosis and treatment, technology-enabled vision development and the future pattern in the hotel.

The overnight talk made Diao Qingsong very excited. He saw that there are still a large number of amblyopia patients in China who have not received timely screening and treatment, which further strengthened the company’s future.

“A scholar and a scumbag jointly founded Juehua.” Professor Lu Zhonglin was appointed as the global chief scientific consultant of Juehua. Professor Huang personally led the team responsible for the transformation of scientific research results. In addition to gathering the outstanding classmates and colleagues of the two founders, the company team also Attracted a group of talents from Peking University Medical Department and the former Microsoft Product Department.

Since its establishment, Juehua has established close scientific research cooperation with many famous universities and scientific research institutions at home and abroad, such as the Chinese Academy of Sciences, China National Institute of Standardization, Sun Yat-sen University School of Medicine, and Wenzhou Medical University.

Based on iAVT technology, Juehua can extend the application of pure visual function training to the precise detection of visual perception functions, monitoring, prediction, treatment, rehabilitation, and full-cycle management scenarios for the prevention and control of myopia in the future.

Zhishiyuan® Visual Function Tester: It is mainly for cutting-edge visual research laboratories to meet the scientific research needs of precise visual perception functions. The visual function checker has the advantages of being more accurate, faster and more comprehensive. The product has been approved by customers such as China Center for Assistive Devices for the Disabled, Huawei, and China National Institute of Standardization.

Most amblyopia training products or traditional treatment methods on the market generally take 3 months to be effective, and clinical treatment generally takes 3 years. According to the clinical data of Juehua Medical, the patient’s visual function training is performed 1-2 times a day for about 20-30 minutes each time with the Emmetron® visual function treatment instrument. After 8 times of training, the patient’s visual acuity improves by nearly 3 lines on average. .

The product has entered the medical device registration and application stage, and during the registration process, Juehua has also focused on the formulation of new domestic technical standards and testing methods for related products.

Qingshiyuan® visual function training system and big data analysis engine: to meet the needs of visual perception and health, the system can be applied to improve the visual function of people such as myopia, astigmatism, and presbyopia. In February 2018, it obtained software copyright certification. In September of the same year, Juehua officially launched the vision health management business of Qingshi Yuan, which marked the official introduction of iAVT technology to the market and truly served the general public who are troubled by vision functions such as myopia and presbyopia.

In March 2020, in order to comply with the country’s “digital” policy orientation for enterprises and the need for “new crown” epidemic prevention and control, Juehua also developed a home version of the clear vision meta-visual function training system to shorten the training period, reduce the cost of equipment, and upgrade The effect guarantee and early warning system, and the establishment of a server and user management platform have realized the “home” of visual health services.

03. Layout of digital medicine, aiming at the global market

Since its establishment, Juehua has successively received a number of qualifications and honors, such as Jiangsu Province “Double Innovation Talent” (Entrepreneurship category), the third prize of Jiangsu Innovation and Entrepreneurship Competition, 2 Taizhou “113 Talent Program”, Taizhou Entrepreneurship and Enriching People The second prize of the competition, etc., also received special funding from the National Key Research and Development Program of the Ministry of Science and Technology.

Under the national call for new infrastructure and vision health policies, Juehua has also undertaken major vision-related R&D projects in many countries and regions. In the short term, Juehua will focus on the market access and market sales of amblyopia treatment products, and will also carry out a series of product optimization iterations, as well as advancement of clinical scientific research on myopia prevention and control.

In July 2020, Professor Huang Changbing and others published the latest research results in PNAS, analyzing the components of visual perception function training and learning ability, and took an important step towards the development of digital medicine. 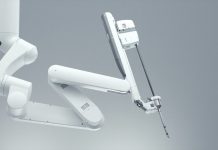 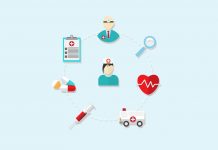