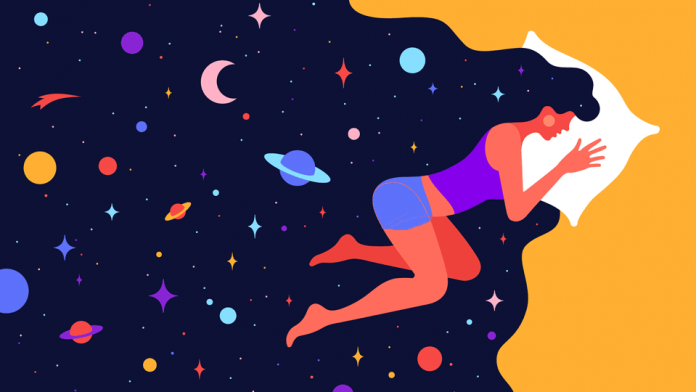 The pressures from life, work, and study are pervasive, such as getting a promotion and raising salary, buying a house, taking exams and studying for college, which makes many people suffer from mental sub-health and even mental illness.

Mental sub-health is not symptoms and defects of organs, but self-feeling discomfort, fatigue and fatigue, often in a state of anxiety and upset. If the psychological pressure is not relieved for a long time, it will cause insomnia, migraine and other physical problems.

According to the data of the “White Paper on Mental Health of Chinese Urban Residents” released in 2018, 73.6% of domestic people are in a state of mental sub-health, 16.1% of people with different degrees of psychological problems, and 10.3% of people with mental health.

Zou Zou, a PhD in psychology, studied computers in college. After graduating from university, Zou Zou entered a foreign company. During the work, Zou Zou found that many people around him had different levels of mental health problems. In addition, he was very interested in psychology. So Zou Zou made a decision— -Resignation for postgraduate entrance examination.

After graduating from graduate school, Zou Zou began to provide psychological counseling services for enterprises, and traveled to 28 prefectures and counties in Guangdong Province during his work. What impressed Zou Zou most was that many people did not get much relief due to the lack of follow-up support after listening to psychological courses and initial psychological consultations. For Zou Zou, even if the phone is ringing every day, in the face of huge demand, what a person can provide is still a drop in the bucket.

During the Ph.D., Zou Zou decided to use the Internet to achieve stress assessment and decompression. Zou Zou then shared this idea with his senior fellow who had won the silver medal in the Beijing Division of the National College Program Design Competition (ACM) together with him. The two hit it off and formed the founding team with this goal.

As one of the earliest psychological companies engaged in the research and development of scenario-based psychological adjustment solutions, HeartTide has always been committed to combining mental health with cutting-edge technology, and in 2015 used this as a starting point to launch a psychological decompression application-Heart Tide Depression.

Heart tide decompression has three independent research and development technologies of physiological monitoring, emotional calculation and biofeedback decompression. Different from the common mental health apps on the market, stress relief does not use psychological counseling or psychological courses as a mental health landing point, but provides users with instant relief measures.

Physiological monitoring: Originated from cutting-edge PPG biological monitoring technology (photoplethysmography technology), the user’s skin is scanned through the camera of the mobile phone to capture and analyze the color changes of skin capillaries. Quickly obtain core parameters such as heart rate, respiration and HRV (heart rate variability), and the monitoring accuracy rate reaches 96%.

Biofeedback decompression: Based on biofeedback and integrating a variety of psychological adjustment methods, it can quickly improve and adjust the mental state through music, meditation, brain waves, hypnosis and other methods.

According to the three-dimensional data analysis of standard psychology experimental paradigm, random user survey and back-end data statistics, stress decompression increased the user’s falling asleep speed by 52%, 57% of concentration, and 66% of anxiety.

Heart tide decompression provides users with solutions through monitoring data, forming a closed loop, and prompting users to have a stable use cycle. Taking into account the user’s cost of use, HeartTide did not use hardware devices to monitor user physiological data. In light mode, the cost of HeartTide activation per user is less than RMB 0.1.

Currently, there are about 10 million users on the entire network with a depressed heart, and the average number of daily active users is 100,000. Due to the psychological needs of the user population, the overall retention rate of users with depressed mood is high.

What can save you my sleep

Based on data samples of stress relief, Zou Zou found that users have a great need for sleep. Different from the privacy issues of other mental sub-health scenes, the sleep scene is a scene that can be discussed, communicated, vented and shared. It is highly accepted and concerned by users and the society, and can quickly gather people to form a healthy small scene entrance.

In 2017, HeartTide launched the small sleep applet. The number of users reached 700,000 on the first day it was launched, and it rose to 1 million three days later. The small sleep applet mainly provides users with sleep aid and soothing audio. The audio content includes hundreds of natural sounds and white noises such as rain and thunder.

Subsequently, the Xiaosleep APP went online. Compared with small programs, APP allows multiple audio to be played at the same time, and users can freely choose the audio combination they like to play.

In addition, the sleep services of the Little Sleep APP are more diversified. On the basis of the mini programs, 3D sound effects for sleep aid, sleep monitoring and management, snoring and dream talk monitoring, daytime naps, quiet spaces, sound communities, sleep aid courses, and idols are added. Sleep module. Regarding the launch of the idol sleeping module, Zou Zou believes that star-chasing is a significant feature of the spiritual needs of contemporary young people. There are many cases where idols are used as psychological pillars and role models, and with the influence of celebrities, they can convey the concept of healthy life and promote youth The group establishes a correct view of sleep.

The audio for Sleep is currently original by the team. Some of the ambient sounds are collected on-site and optimized by computer. Others, such as brainwave audio, are computer synthesized. The audio content includes not only natural elements such as rain, snow, wind, and thunder, but also scene elements such as classroom, life, and woods.

In addition, the APP backend has always been collecting user feedback and needs. In addition to a sound psychological service content team, HeartTide’s team also has experts in the sleep field and music therapy field. They will make corresponding content additions based on user feedback needs. .

Compared with sleep aid products such as sleep health products and healthy sleep smart hardware, the mode of small sleep is lighter. Users can obtain services through multiple channels such as APP, WeChat Mini Program, Alipay Mini Program, QQ Mini Program, and Kuai App. At present, there are close to 100 million users on the whole network of Xiaoxue, with an average daily active users of 4 million, and an average daily usage time of 30 minutes.

For the user side, HeartTide provides users with membership services based on a large amount of free content. For the enterprise side, HeartTide will charge algorithm and service licensing fees by cooperating with sleep service providers and hardware manufacturers such as Huawei and Omron. In addition, advertising is also one of HeartTide’s monetization methods. With a large number of users of the Heart Tide Decompression and Sleep app, HeartTide can provide marketing support for customers in need.

Zou Zou said that in 2015, most people in China were less aware of the mental health track and the sleep track, and only a very small number of Internet personnel were willing to join this industry. This also made the company lack of talents in product development and operation.

Although the domestic sleep market has developed a lot compared to 5 years ago, and the public’s mental health awareness has also improved, HeartTide still needs to work hard on team building.

In the next development, HeartTide will use its own vertical group traffic advantage and algorithm data advantage to unite the upstream and downstream of the mental health industry and the sleep health industry to build a mental and sleep health platform. At the same time continue to optimize and iterate existing products and services.

“The attitude of science and technology is the temperature of the world, and it is still a warm thing to care about yourself and the health of others through endless data.” Today, with great progress in technology and economy, HeartTide is using Own power allows the soul to settle in the torrent of the times.