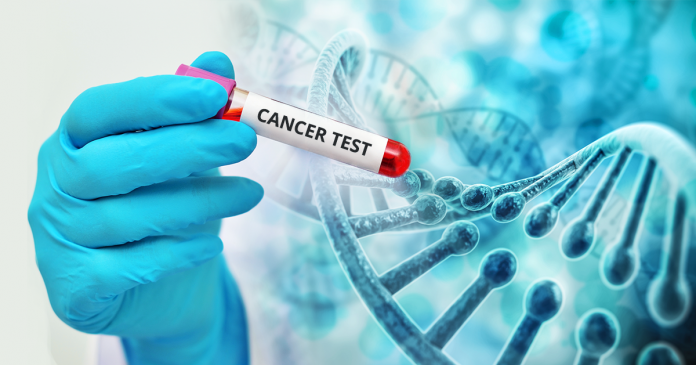 People are afraid of getting cancer. If it is a fact that has already happened, the hope is to take early screening and early treatment.

The latest research reports that a blood-based detection technology has the potential to routinely diagnose 4 years in advance and make early screening for 5 common cancers. These 5 types of cancer are stomach cancer, esophageal cancer, colorectal cancer, lung cancer and liver cancer. Except for breast cancer, it almost includes the six most common cancer types in China.

It is precisely because of the high hopes that a notorious scam may appear: a drop of blood test for cancer. The startup Theranos, without core technology, relied on telling the story that “a drop of blood can detect multiple types of cancer”, and it has been raising funds all the way in Silicon Valley for ten years. It is now known that the sample size of a drop of blood is too small and there are not enough cancer markers to achieve the so-called screening.

However, it has always been a very promising technology to detect the markers in a smaller dose of plasma (5-10ml) to achieve early cancer screening.

Before the obvious symptoms of cancer in the human body are detected on the image, some markers have appeared in the blood of early cancer patients. This is the principle of screening for cancer through blood.

Circulating Tumer DNA (ctDNA) is a marker. Naturally or unnaturally dead cells will release DNA into the blood. Among them, the DNA from dead tumor cells is ctDNA. When the tumor burden increases, the patient’s ctDNA level will increase. Therefore, it can be used as an indicator of tumor detection. Studies have proven that ctDNA can be used as a biomarker for a variety of different solid tumor types and clinical indications, becoming the most promising tumor marker.

To screen for cancer as early as possible, high sensitivity of the detection method to the markers is required.

This research paper designed a non-invasive blood detection method based on ctDNA methylation, which the researchers named: PanSeer.

First, use ctDNA methylation as a more sensitive marker.

In the early stages of tumors, the content of ctDNA in the blood is actually low, and it requires extremely deep sequencing depth to detect effectively. Compared with ctDNA tumor somatic mutations, ctDNA methylation can be detected as an earlier tumor marker.
DNA methylation is one of gene epigenetic modification methods, and the region where DNA methylation occurs is called CpG island. In the genome of healthy people, the CpG sites in CpG islands are usually in an unmethylated state. When the CpG sequences in the CpG islands of some tumor suppressor genes are in a hypermethylated state, it can cause tumor growth or tissue canceration.

Traditional sequencing library construction methods have a high DNA loss rate, and detection sensitivity may be limited. Using the semi-targeted PCR method, each amplicon only needs one ligation event and one PCR primer, so that the molecular recovery rate of single molecule counting is higher than that of traditional methods.

The point of detection is also critical. Zhang Kun told Deeptech that the 10613 CpG sites covered by this work are distributed in 595 regions, based on the literature of the past ten years, including data from the American Tumor Genome Project (TCGA), plus the team’s more tumor samples The internal data of the screening were integrated, and the sites most likely to detect tumor signals were selected.

It is the selection of these points that enables Panseer technology to detect 5 kinds of cancer at a time. Zhang Kun said that PanSeer technology is more efficient, faster, and cost-effective than existing DNA methylation sequencing methods.

The sample for this study comes from a large survey of more than 120,000 people-the Taizhou Longitudinal Study (TZL).

The Taizhou population health follow-up survey was conducted in cooperation with Shanghai Fudan University and the Taizhou government, which began in 2007. The purpose is to explore the environmental and genetic risk factors of common non-communicable diseases through long-term tracking of chronic diseases in the population. In TZL, plasma samples provided by 123,115 subjects were stored for a long time. Zhang Kun’s team conducted a retrospective analysis of the samples from it.

After screening, the researchers identified 414 healthy samples (as of 2017, there are no cancer records), 191 pre-diagnosis samples (asymptomatic at the time of initial collection, and diagnosed with cancer in the next 4 years), and 223 post-diagnosis samples (It was a cancer patient when the sample was first collected). And divide the sample into training set and test set, and use an average of 12ng plasma DNA for analysis.

To ensure that the identified signal comes from cancerous tissue, the researchers also used 200 primary tumor and normal tissue samples from commercial biological sample suppliers.
For each sample, first calculate the average methylation score of each target gene region of a single sample, and then use a machine learning algorithm to divide the sample into healthy people and cancer patients. Zhang Xu said, “We use machine learning algorithms to integrate the methylation signals of 595 regions in the genome and convert them into a score for judging whether there is a tumor.”

Can Panseer’s method screen cancer samples as soon as possible?
The researchers focused on analyzing 98 pre-diagnostic samples from the test set. The owners of these samples were diagnosed with cancer within 4 years. The results of the test set show that the sensitivity to these samples is 95%.
Zhang Kun said that using the unique sample database of the Fudan Taizhou population cohort, the team proved that tumor-specific methylation signals can be seen 1-4 years before the routine diagnosis of tumor patients, which truly proves the feasibility of early tumor screening .

In addition, the study further uses the Kruskal-Wallis method to perform post-hoc tests to analyze the patient’s age, gender, collection date, collection location, smoking status, and other factors, as well as the total amount of DNA extracted to ensure that other clinical or collection factors will not Affects the ability of the PanSeer test to detect cancer before routine diagnosis.

The only factor observed that affects the accuracy of the analysis is that the specificity of healthy samples collected before 2010 has decreased (approximately a quarter of the healthy samples in this study), while the sensitivity remains the same. Due to DNA degradation, the longer storage time of these samples may result in reduced specificity.
Despite this variability, regardless of the status of the clinical covariate, the overall sensitivity and specificity are still high. Therefore, PanSeer analysis can detect cancer using methylation signals 4 years before routine diagnosis, regardless of clinical covariates.
The paper also mentioned the current limitations of the research. First of all, the analysis is retrospective. Whether PanSeer can greatly improve the outpatient treatment effect of cancer patients still needs a long-term prospective study.

Secondly, the time range of TZL samples is long, and modern plasma preservation technology is not used in the sample collection process, which may cause different degrees of genomic DNA contamination, and each sample only has 1 ml of plasma available. If you use the 10 ml that is usually used in hospital physical examinations With blood draw and better plasma storage technology, the sensitivity of PanSeer detection may be further improved.

In addition, some genomic regions did not show a consistent methylation pattern between cancer tissue and cancer plasma. Although this may be due to inherent differences between sample types, there may also be some unknown confounding factors. Additional verification of pre-cancer testing is also very important.

Commercialization attempts began in 2014
The exploration of commercialization has already begun. In addition to being a tenured professor in the Department of Bioengineering at the University of California, San Diego (UCSD), Zhang Kun is also the co-founder and scientific consultant of “Singlera. Gene”. The company is a domestic tumor early screening and precision diagnosis company.
In July 2014, Zhang Kun and Gao Yuan, an associate professor in the Department of Bioengineering at Johns Hopkins University, co-founded Singlera Genomics. “Singlera.” comes from the names of the two founders. When the two were at Harvard Medical School, they studied together with the famous genetics professor George Church (George Church is now the company’s scientific consultant), and later, the former vice president of the medical business of Thermo Fisher Scientific in China / General Manager Zhang Jiangli also joined as CEO. Liu Rui, the corresponding author of this study, is also one of the co-founders of Singlera Genomics and serves as the CTO.

Currently, Singlera.’s two sub-brands, Singlera Genomics and Singlera. Health, are committed to developing early tumor screening and diagnostic products based on high-throughput sequencing and methylation technology. According to public information query, the company has received more than 80 million US dollars in financing. 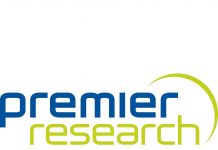 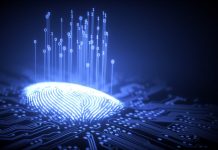