Nail’s vast ecosystem of enterprise customers and developers, combined with Aliyun’s nearly 50 percent share of China’s public cloud market in 2019, has reached the most difficult condition for recreating the Wintel alliance – the ultra-high market share of both parties.

Not long ago at the 2020 Ali Cloud Summit, Ali Cloud Intelligence President Zhang Jianfeng mentioned a new term – “cloud nail one”, and put this combination directly against the Wintel Alliance that was all-powerful and had a profound impact on later industry integration thinking.

This statement reminds me of a particularly favorite advertisement during the epidemic – “What the people need, Wuling will build!” In fact, we can also apply this sentence to the idea of cloud pinning – where the user is, we are where the computing is.

The idea of cloud-side interaction has been mentioned repeatedly in the past few years in the field of cloud computing, but to clearly set the end at “nail” this product, and “cloud nail” compared to Wintel, behind the scenes reflects Aliyun’s in-depth thinking for the future of the enterprise computing environment, and not a simple analogy and benchmark.

If we carefully analyze the Wintel alliance, we can see that Aliyun has found its right engine with the proposal of cloud nail.

The proliferation of smartphones and the passage of time have largely diminished the glory of the Wintel alliance. But as a success story that will leave a strong mark on any business history, Wintel’s achievements back then can be visualized as follows Analogy – imagine what it’s like to have over 90% of the world’s phones now using Apple systems and Qualcomm chips, and together Sold for over 20 years (though not by an order of magnitude in terms of shipments, but then computers and today’s cell phones were similarly not priced) (order of magnitude).

If you search for the Wintel entry on Baidu Wikipedia, you will also see this – a computer manufacturer CEO once said in frustration : “Selling a computer makes $100, of which Intel takes $70 and Microsoft takes $40.” Liu Chuanzhi once said : “We produce a computer is the profit of a handful of onions.”

The original Wintel alliance started with the 1985 Intel 33M mains 80386 chip + Microsoft’s youthful Windows 1.0 began with a progressively high degree of technically cooperative interaction, filled with constant software upgrades by Moore’s Law ( (the number of transistors in a computer chip roughly doubles every two years, which means that computing power doubles every two years) drives the The increasing multiplication of computing power has clearly allowed users to experience the ever-improving performance and experience of the PC, thus driving the computer industry into the A rapidly changing phase of rapid development.

In 1995, Intel introduced the Pentium Pro chip, and Microsoft simultaneously introduced the groundbreaking Windows 95 The combination of hardware and software in the super “product power + market muscle” of both sides of the joint force, the destruction of the general sweep of the The global market, which completely defeated the short-lived “IBM-Motorola-Apple” PowerPC alliance, marked the beginning of a new era for the company. The Wintel alliance reached its peak. The combination was so hard to shake until the advent of tablets and smartphones after 2009, which brought them together. Draws to a close.

Not only did the Wintel Alliance make Microsoft and Intel themselves a lot of money, Microsoft CEO Nadella in his book “Refresh Another very critical piece of information was also mentioned in the The push did allow for renewed growth in once-stagnant productivity (this was pretty much Wintel’s greatest decade). But the good times were short-lived, except for this brief period of global GDP per capita growth, an indicator that captures economic Productivity – has been disappointing, at just over 1% per year.

There are reasons to believe that this efficient interaction of “computing power – demand” will have a greater possibility of solving the problems faced by enterprises. There are many practical problems to replicate what Wintel brought to the world from the mid-1990s to the glory days of 2004. A brief period of renewed productivity growth in good times. And this is the very reason why the government is pushing hard for new infrastructure. 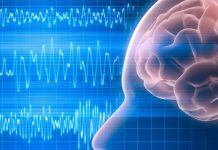 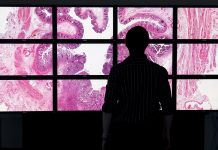 “Digital Pathology + AI” Platform 91360 Completed A New Round of Financing 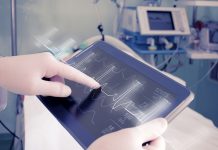